Haavard is taken into custody as the prime suspect of Christina’s disappearance. Viggo, who left the force, is not allowed taking part of the investigation, decides to find Christina on his own. Certain that she has drowned; he begins to dive in lakes in the area, a hunt that might kill him being reckless while diving. Meanwhile, Haavard refuses to have anything to do with the disappearance of Christina, bringing Viggo closer and closer to the abyss. Eventually, Viggo breaks in to custody, interrogating Haavard himself, only to learn that Haavard might be innocent 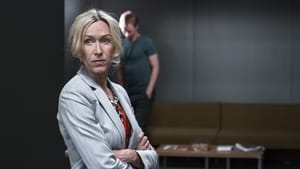