An old woman is found dead and the victim’s daughter has had a hunch something bad has happened. Viggo shows no mercy while ridiculing her and her belief in the super natural and refuses to investigate the case. Viggo is disillusioned and takes a few days off work, letting his partner, Mari Friis, lead the investigation. But Viggo is still being haunted by his dreams and when it is proved the woman was actually murdered, Viggo must face his demons. In a conversation with the victim’s daughter he realizes his dreams might lead to finding Christina. 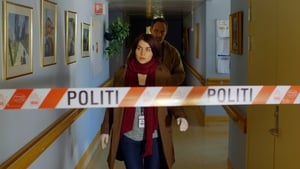